Back to Blog Posts
Next

I talk to a lot of people every day about real estate and every single day I have at least 2 or 3 people say a version of the same thing to me... This is, I’m waiting for the real estate market to crash and then I’m going to buy. I'm just going to rent for now. Let's talk about that.

Nobody has a crystal ball. Nobody can predict what's going to happen definitively. But there are indicators when the market shifts and let's take a look at those. The market in our market right now is still as crazy as it's ever been. We're still seeing multiple offers.

You know what the answer is to that? 9. There are 9 active listings in a subdivision of 4500 homes. I'm not a math expert, but by my count I believe that's 0. 002% of the homes are on the market right now. That's crazy. That's absolutely crazy.

That's crazy. It's absolute madness. I've got cash buyers that can't find a house. They can't they keep getting beaten out on multiple offers in certain price ranges, they can't get one. They can't get one. So that's where we're at right now. How long do you think it's going to take for us even to get back to a balanced market? If that's the situation we find ourselves in right now. It's going to take some time.

So let's also look at what's the job market like here in America. Who's hiring? Everybody's hiring. I mean we've got restaurants in my town that have to shut down because they can't get employees to work for them. I've never seen anything like this before. It's amazing. Everybody is looking for talented people. Even marginal people, you know to work in their business. They can't find them. So the job market is healthy. We're not having a problem there. Let's talk about the stock market for a little bit.

I'm certain of this in my opinion that the stock market is going to crash before the housing market crashes. I think that day is coming and that's probably coming fairly soon.

They're going to put a lot of them are going to put it in real estate. So we've got that day coming that we haven't even crossed yet. So let's talk about renting for a second here. If you pay $2,000 a month in rent. That's $24,000 a year. That's $72,000 if you're going to sit on the sidelines for the next three years waiting for the housing market to crash.

By the way, I'm Scott Gregory with EXP Realty. I've been selling real estate here along the emerald coast for about 20 year’s full time. So if you're going to sit on the sideline that’s a $72,000 guaranteed loss over the next three years. You're not building any equity.

So you've lost out on that opportunity. How much did you lose in tax benefits too? By not owning and renting during that time. It's probably going to be significant. So let's also look at the joy of home ownership. If you're going to go, I'm going to rent for a few years and I'm just going to sit on the sidelines and wait for the prices to come down.

What joy are you missing out for yourself and your family? All the cool things you can do and you know with your when you own a home we just put a great patio in. We're enjoying the heck out of it. I mean its, its fantastic.

We're so excited to do that. You could miss out on a lot of fun things. Maybe you want to get another dog and you can't do it because you're renting. Or bigger dog. You know what are the things you're missing out on life is short I mean a year or two years or three years?

It is a long time. I mean, it's a long time to, to miss out on that stuff. So what I want everybody to realize again. And here's my tie in with the Chicago bears I've been waiting 38 years for them to win a super bowl. They were terrible this year.

They were overhauling the whole the whole organization. I want you to go ahead and put in the comments, which thing which event you think will happen first? The bears are going to win a super bowl again or a significant crash in the housing market.

Go ahead and put that in the in the comments and I'm going to call my shot on this one. The bears will win a super bowl again before we have a major crash in the housing market. That's my prediction. And I have no reason to believe the bears will.

But you know. That's what I think. You know, looking on a daily basis and looking at all the indicators. I just can't see a major crash happening anytime soon. If you, if there's something I'm missing here.

Put in the comments and put in the comments, if you think the bears will win before the housing market crashes. I'm curious what you what you all think on that too. So in summary nobody has a crystal ball. Nothing's ever guaranteed. Will this madness of the run up on prices and low inventory end?

Absolutely. When? We don't know. Doesn't look like it's going to be any time soon. We're going to get back to a normalized market and yes, someday the housing market is going to come tumbling down. It just is right.

But if you're renting it's a guaranteed loss. You're already you've already lost. So food for thought. You know, again for everybody sitting on the sidelines. Think about that a little bit. Let me know. You know if you're interested in buying or selling anywhere here along the emerald coast. Just shoot me a message right here, a direct message on Facebook or you can call or text me at (850) 677 1630.

You might be waiting a while like I'm waiting for a bear super bowl again, it's been 38 years. It's not going to be 38 years before the market crashes. What I'm saying. So anyway, I hope you have a great day. Look forward to reading your comments. 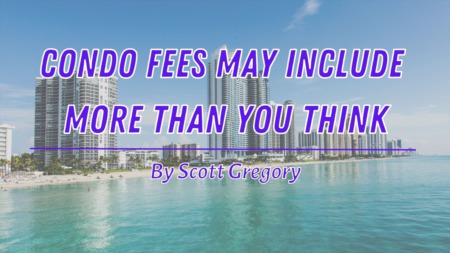 Condo Fees May Include More than You Think

Condo Fees May Include  More than You Think Hey, I wanted to talk to everybody for a couple minutes here about condo fees. There seems to be ...Read More

Gulf Breeze New Construction Homes We're out here today touring new construction properties in Gulf Breeze. And as you can see everybody is getting ...Read More 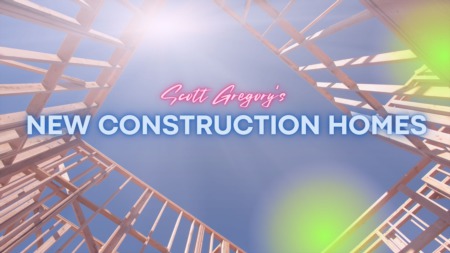 New Construction Homes  We're out looking at new construction here today and I just wanted to show you some of the great houses in this ...Read More

All Categories Buying a Home (8) Selling Your Home (2)

Have a Question or Want a Free Market Report?

Contact Me
Questions? I'm Here to Help
Recently From Our Blog 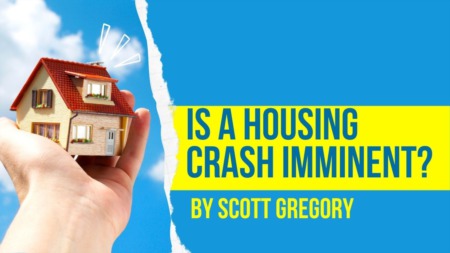 Condo Fees May Include More than You Think

Have a Question or Want a Free Market Report?